The most common work injuries that affected American workers in 2012 ended up costing U.S. businesses about $1 billion in workers’ compensation costs every week, according to the recently released data from the 2014 Liberty Mutual Workplace Safety Index. What may be even more shocking than this finding is the fact that, in 2012 (the most recent year for which data is available), the five most prevalent work injuries accounted for nearly 66 percent of the total direct workers’ compensation costs to employers in the U.S.

In this blog series, we will take a closer look at the seven most common work injuries that occurred in the U.S. in 2012 – and their direct costs. If you need any assistance with your financial recovery after getting hurt at work, you can turn to Denver Worker’s Compensation Attorney Jennifer Bisset for experienced help and results. 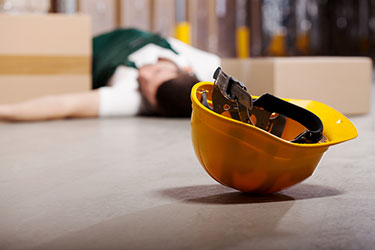 Falling injuries were, by far, the most common cause of missed work and worker’s compensation claims in the U.S. in 2012. In fact, as Liberty Mutual reports:

Over the course of 2012, overexertion injuries reportedly cost American businesses just over $15 billion in direct costs.

For our continued discussion regarding the most common work injuries reported by American workers in 2012, don’t miss the upcoming second part of this blog series!

Contact the Bisset Law Firm today by calling (303) 894-8900 to learn more about your rights and receive a professional evaluation of your case.