Most Dangerous Jobs in the U.S., Based on Fatal Work Injury Rates (Pt. 2)

Continuing from where Most Dangerous Jobs in the U.S., Based on Fatal Work Injury Rates (Pt. 1)left off, here we will continue highlighting some of the most dangerous occupations in America, based on the findings of the most recent Census of Fatal Occupational Injuries (which is published by the Bureau of Labor Statistics).

Top 6 Most Dangerous Jobs in the U.S. (Continued)

4. Roofers – This very dangerous job presents a variety of risks to workers on a daily basis. From the significant risk of falling (and sustaining fatal head and back injuries) to the risks of being 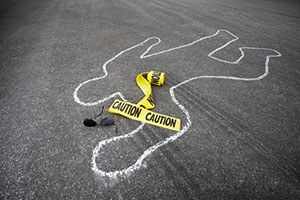 struck by heavy objects and developing serious heat-related injuries, roofers are another sector of the American workforce who regularly risk their lives to get a job done. As the CFOI reports, the rate of fatal injuries among roofers is more than 40 per every 100,000 workers.

5. Steel and iron workers – Steel and iron workers who regularly work outdoors and on scaffolding also face a number of life-threatening risks on a daily basis. From the risks of heat-related injuries to the dangers of falling, being crushed and being struck by objects, these workers have a substantially high risk of sustaining serious, fatal injuries. As the CFOI reports, the rate of death among steel and iron workers is about 37 out of every 100,000 workers in the industry.

6. Garbage men – Coming in as the sixth most dangerous job in the U.S., garbage collectors are regularly presented with some serious risks in their day-to-day work environment. In particular, some of these risks include the risks of being crushed by heavy machinery, being involved in traffic accidents and being struck by heavy objects. As the CFOI reports, the rate of death among garbage men is more than 27 out of every 100,000 workers in the industry.

In addition to the dangerous jobs already discussed in the blog, other occupations that were noted in the CFOI as being particularly risky due to the rate of fatal workplace injuries among workers included:

While OSHA has some regulations in place to try to protect the people who work in many of the dangerous jobs discussed in this blog series, it’s critical that these workers understand that:

Have you been injured at work? Or have you lost a loved one to a fatal work injury? If so, Denver Workers’ Compensation Attorney Jennifer Bisset wants you to know that she is here to aggressively advocate your rights and help you obtain the benefits you need and deserve.

Contact Jennifer Bisset by calling (303) 894-8900 or by emailing her via the contact form on this page to learn more about your rights and receive a professional evaluation of your case.