Workers’ compensation laws and systems have been around for decades, operating under the basic premise that workers who have been injured on the job would be eligible for benefits in exchange for giving up their right to sue employers after workplace accidents.

Over the past 10 or so years, however, a number of states throughout the U.S. have enacted so-called reforms to their workers’ comp laws, slowly dismantling the protections these statutes provide to injured workers.

In fact, the findings of a recent investigation conducted by ProPublica and NPR have revealed that, in many cases, these “reforms” to workers’ comp laws have resulted in injured workers having to fight to receive basic medical care recommended by their doctors while facing the real threat of slipping into poverty.

What Sparked these “Reforms” to Workers Comp Laws

The changes that state legislators have been making to some states’ workers’ comp laws have been sparked by, among other things, pressure from big business and insurers. In particular, these 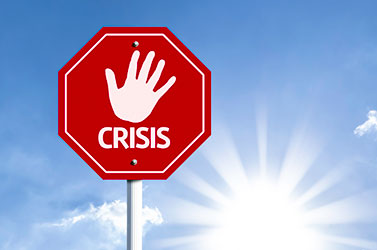 corporate interests have argued that their workers’ comp costs have spiraled out of control in recent years and that “reform” is needed. Succumbing to this pressure – and attempting to attract new business, a number of states have made legislative changes to their workers’ comp systems.

It’s crucial to note here that:

Impacts of the “Reforms” to State Workers Comp Laws

As part of the ProPublica and NPR investigation into workers comp law “reforms,” researchers analyzed various data from insurers, medical records for injured workers, state laws, etc. Here’s a snapshot of just some of the remarkable findings of this investigation:

Commenting on the impacts of these “reforms” to workers’ comp laws, Sen. Bob Casey, D-Pa., stated, “[these changes to workers’ comp laws] would be bad if [they] were happening in one state… but the fact that a number of states have moved in this direction is disturbing and it should be unacceptable to people in both political parties…They call them reforms. That’s a real insult to workers.”

Have you been injured at work? If so, Denver Workers’ Compensation Attorney Jennifer Bisset wants you to know that she is here to aggressively advocate your rights and help you obtain the benefits you need and deserve.

When you trust your claim in the experienced hands of Attorney Jennifer Bisset, you can rely on her to:

Contact Denver Workers’ Compensation Lawyer Jennifer Bisset by calling (303) 894-8900 to learn more about your rights and receive a professional evaluation of your case. You can also email our firm using the contact form on the right side of this page.